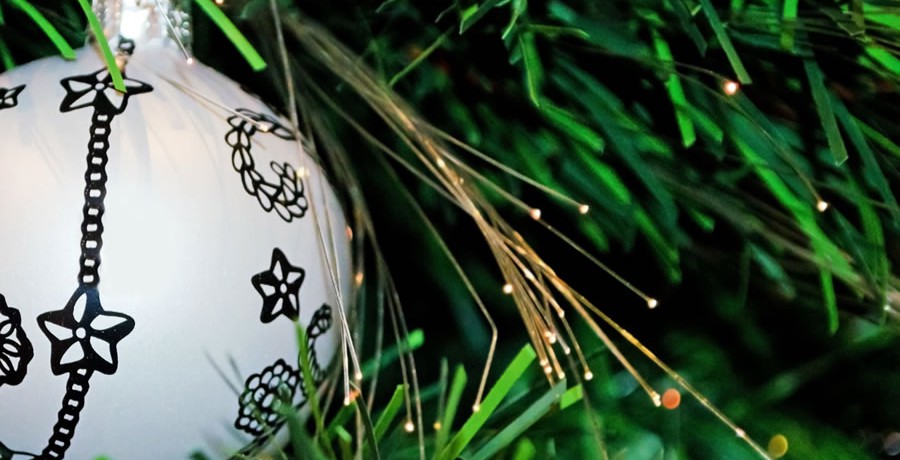 2019 has been a fantastic year for Abtec Building Technologies.  We’ve been involved with, and delivered, more projects this year than before.  The team will be taking a well earned break, therefore we will be closed from 20th December and will reopen on Thursday 2nd January.  If you have an out of hours support contract with us please ring 01858 438550 and then type in your PIN number to get through to our out of hours team.

I’ll take this opportunity to wish you a Merry Christmas and a happy New Year!

See you in January.

Our new technology, ARGOHub provides building managers with robust monitoring, management and fault reporting of emergency lighting systems across one or more sites.

Maintaining effective control and monitoring of emergency lighting systems is a matter of the utmost importance for building managers and service companies throughout the public and private sectors. The Grenfell Tower tragedy and the safety-related closure of multiple schools in Scotland are among the incidents to have prompted a comprehensive review of building management systems (BMS), of which emergency lighting is an integral component.

To offer maximum reassurance in the event of a fire or other building-compromising event, on-premise management of data is reinforced by storage in Abtec’s own cloud platform, which is part of the London-based Telehouse North and East data centres. Since this network is private and is not hosted on the internet, it is fully protected against the ever-increasing number of cyber security threats.

The flexible ARGOHub software means that building managers and other end-users can activate, deactivate and display different HVAC, metering and lighting control layers as additions to the software if required. There is also the opportunity to streamline overall building system control as ARGOHub can reduce the need for multiple head-ends by interfacing with other building systems using open protocols such as KNX and BACnet.

Designed for maximum operational flexibility, ARGOHub employs the KNX open standard communications protocol. Individual groups are monitored and controlled via DALI (Digital Addressable Lighting Interface), with KNX/IP routers enabling the lighting systems to be connected to the overall building emergency lighting system in different operational ‘lines’. The infrastructure can be easily expanded or amended given that each new line is able to communicate with the other lines in the building.

Fully supportive of the current industry standards, ARGOHub can be tested in accordance with BS EN 50172:2004/BS 5266-1:2016, which specify the minimum provision and testing of emergency lighting for different premises. The system will be made available both as an OEM product and a standalone solution.

“From schools and colleges to global corporations there is a need for building managers to be able to control, monitor and test their emergency lighting systems with ease and confidence,” says Dave Watkins, Director of Abtec Building Technologies. “Easy to use, control and test, ARGOHub will enhance overall building safety and bring peace of mind to building owners, operators and users everywhere.”

Abtec Building Technologies (Abtec BT) has been crowned Contractor of the Year at the 2019 Electrical Contractors Association (ECA) Awards.

The prestigious event celebrated achievements in the electrotechnical and engineering services industry, during a ceremony held in London on Friday 7 June.

Abtec BT, a company within Abtec Group, scooped the award in the sub £1 million turnover category for electrical services. The company was lauded for its development of game-changing building technologies and a commitment to exceptional customer service.

Abtec’s award-winning Hydra energy management software was highlighted as it enables clients to easily monitor their energy use without the complexity of a traditional BMS. It is now deployed at sites all over the UK and is trusted by big-name brands including Siemens and Ibstock.

Abtec was also commended for its strong culture of professional development and commitment to open standards for flexibility, including KNX and the Niagara framework. This provides clients with an opportunity to automate more of their building, and future-proof their infrastructure.

Dave Watkins, Director of Abtec BT comments: “We are delighted to have been recognised by such a respected industry body such as the ECA, and this award is testament to the commitment and skills of our team. We’d like to thank the ECA, as the support we’ve received through our membership has allowed us to strive further and reach a wide client base with innovative solutions to energy challenges.”

Abtec Building Technologies (Abtec BT) has upgraded the environmental controls in various buildings at Arthur Mellows Village College, a sixth form secondary school located near Peterborough. As well as reducing energy consumption and CO2 emissions, the new controls have provided the school with greater ease of use and operational efficiencies.

Serving pupils aged from 11 to 18, Arthur Mellows Village College is a secondary school in Glinton, around 8km north of Peterborough. Although Olympic medal-winning gymnast Louis Smith and footballer Luke Steele (goalkeeper at Nottingham Forest) are among notable alumni, the school is an academy with a specialism in technology. As such, facilities like its Science Department require regular investment.

Arthur Mellows Village College relocated its Science Department to a new build in 2009, leaving its previous building to become disused and unfit for purpose. However, the school recently wanted to breathe new life into the old Science Department building and, with a combination of funds from DfE grants, The Wolfson Foundation and its own financial resources, Arthur Mellows Village College set about creating a vision that would be called the McLaren Building. The upgraded facility would house art, science and media studies classrooms.

A major aspect of the refurbishment would focus on the upgrading of environmental controls, with Abtec appointed by the project consultant to undertake this work.

“In the old science block we were tasked with providing integrated lighting controls, mechanical vents and a BMS plant room based on Tridium technology – totally replacing the old systems,” explains Phil Peer, Project Manager at Abtec.

Upon completion of the work, it was clear to see that the McLaren Building, which opened in 2016, had been refurbished to a very high standard. Indeed, the facility exceeds current thermal insulation levels. Housed within the revamped building are five dedicated art classrooms, a kiln room, screen-printing room, two science laboratories, a science preparation room, two media rooms, a media studio, a computer room and two further classrooms. The total cost of refurbishment works and fit out was approximately £1.5 million.

Due to the success of the McLaren Building, Abtec has since completed several additional projects at Arthur Mellows Village College, including the introduction of: a BMS in the humanities block; lighting controls in the newly constructed site office block; and lighting controls and BMS in the sports hall.

“We also performed BMS works in the main plant room, which was originally served by another system,” says Mr Peer. “Equipment has been installed that interfaces with other plant rooms – it’s all in one place. The college sublets spaces for events, so the BMS had to offer easy adjustment.”

Another area that leveraged the expertise of Abtec was the refectory, where extra space was constructed on to the existing block. Abtec provided a solution for controlling the underfloor heating, CO2 mechanical vent, lighting control and plant room controls – all of which were fed from the main plant room.

“Throughout the various projects we adopted an agnostic approach, using DALI, which is industry-recognised open technology,” says Mr Peer. “It was important to avoid reliance on any one manufacturer, so if something needs to be replaced, it can be.”

The systems installed by Abtec also facilitate the automatic testing of emergency lighting on a monthly basis, a function that saves on labour costs and time – boosting operational efficiency in the process.

A common head end sits on a virtual school server, so all data is aggregated back to one place. In addition, a single set of graphics is deployed across all plant rooms to provide the same look and feel.

All of the newly introduced lighting is based on LED technology, which in combination with the Abtec control systems means a better learning environment for pupils. Furthermore, new heating plant is helping to drive energy efficiency and CO2 reductions in line with Part L of the Building Regulations.

“The temperature and lighting is a lot easier to control now, whereas before it was difficult to say the least,” states Gary Wentworth, Site Manager at Arthur Mellows Village College. “We had to go down to the boiler room and locate the right switch, which was not necessarily obvious. Now it’s all centralised on one computer, so we can alter time zones and schedules, and respond to issues quickly; it only takes a couple of minutes. The lighting has daylight harvesting control, which is saving energy as well as ensuring the right light levels for students and staff.”

Abtec designed, configured and deployed the hospital’s extensive KNX and DALI networks.  As well as controlling standard devices, such as heating and cooling, there are novel uses for the protocol too.  Theatre anaesthetic gas volumes are monitored, with alarms triggered if they breech set points.  Critical blood bank refrigerators’ temperatures are monitored to ensure the safe storage of bloods.  Water temperatures are kept to a rigid monitoring regime too, to mitigate the threat of legionella.

Dave Watkins, Commercial Director Abtec Building Technologies, notes “This is another great example of KNX going beyond room and building control.  The open standard is now being used to monitor critical resources in the building”.

As BMS, building and energy control systems get ever more sophisticated, many now come with remote access options out of the box.  The benefits of remote access for BMS and building control systems are pretty clear; the ability to deploy changes and resolve issues without the cost of travelling to site.  For energy specialists they also provide a great way to monitor energy use remotely.

The challenge is that many of us are using standard internet access to make those remote connections.  This, together with the fact that many popular BMS and building control systems don’t have the strongest built in security, can create vulnerabilities for your clients.

This white paper explores what other options are available for consultants and engineers.  It highlights the variety of connectivity technologies and suggests what would be best to use when.  The paper recommends using private, secure networks rather than the internet to access client sites remotely, and gives clear recommendations to help identify the right network provider for your projects.  The great this is that the cost of private, secure connections that avoid the internet is about the same as standard internet connectivity.

And don’t forget if you need help with IP networks we’ve developed a free, accredited training session that can be delivered at your premises.  Find out more here.

Abtec Building Technologies, the UK’s leading building control experts, has revealed the extent of its work on Europe’s greenest building, the Crystal.

This iconic, East London building was opened to the public on 29th September. “It’s fantastic to see Abtec’s cost and energy reduction expertise in use in this landmark building” says Dave Watkins, MD of Abtec Building Technologies.  Read all about it in this new case study.

The uniquely shaped, glass-clad structure is London’s newest landmark and encompasses an area of more than 6,300 square metres. Inside is the world’s largest exhibition on the future of cities covering 2,000 square metres. The high-tech exhibition is fully interactive with two immersive film theatres and more than 50 screens with a host of games and experiences that help visitors explore the cities of the future.

“Our technology has helped Siemens take complete control of the building. It will be integral as the building aims to be one of the greenest in the world” adds Dave.