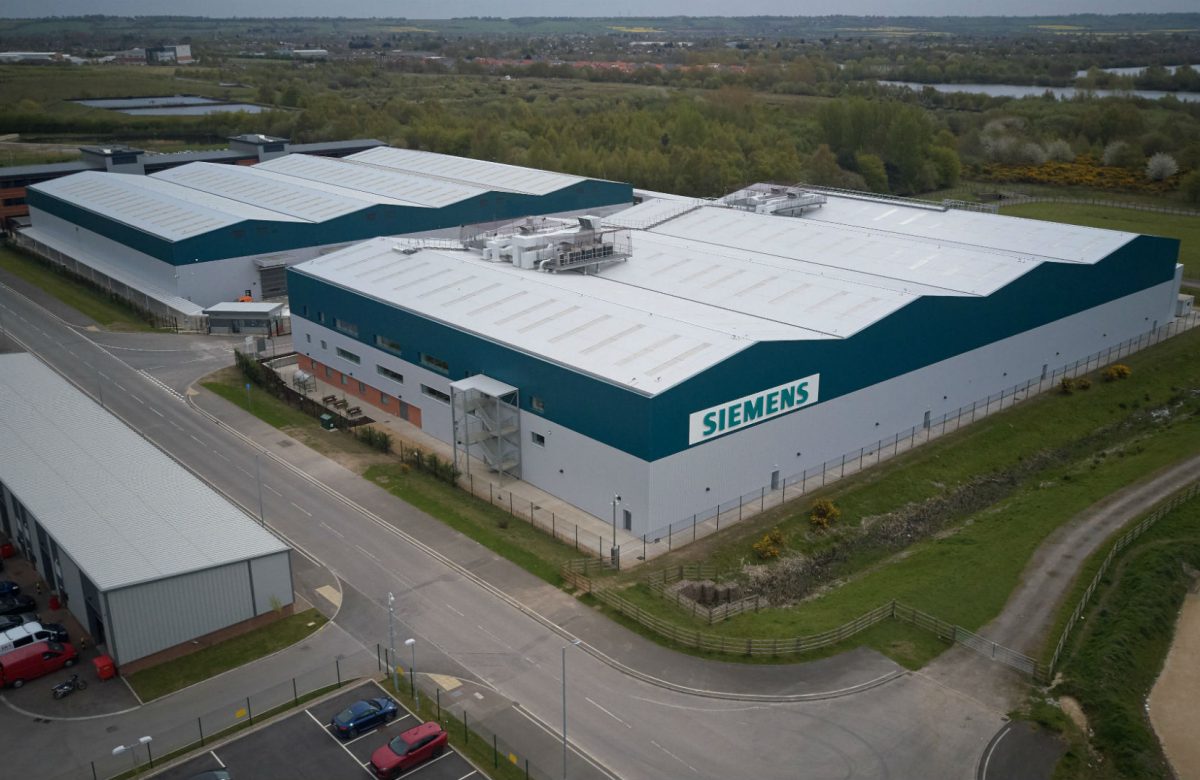 Abtec Building Technologies (Abtec BT) has provided the control system for the main and emergency lighting systems at a new Siemens facility in Lincoln, rated by BREEAM as ‘Very Good’. The HYDRA integrated building energy management system (BEMS) from Abtec provides the foundation for the solution, ensuring comfortable lighting levels for staff and the testing of emergency lighting in line with the highest safety standards. Moreover, Siemens is achieving energy savings of up to 60% when compared with a traditional installation, delivering an almost immediate return on its investment.

When Abtec won the Siemens contract it immediately began to assess the task in hand. The new-build storage facility was set to feature a large quantity of racking between which lighting fixtures would be required. It was clear from the outset that the choice and setting of such lighting would have to be optimised to deliver the correct lux levels. While the lighting was supplied by another company, Abtec’s remit was to provide the necessary controls, for both the main and emergency lighting provisions, and deliver system integration to the central battery system in the warehouse.

“We installed HYDRA, which could not only control the lighting, but also report on the lighting levels being used and any associated cost savings,” explains Russell Downing, Building Controls Engineer at Abtec. “HYDRA advocates open systems and, in this instance, is working with three different networks: IP, KNX and Dali. We needed to ensure that all three systems worked in unison.”

At the Siemens facility, the IP-based network communicates with a two-wire bus system (KNX) for local control, and subsequently with a DALI system. Key to this is the Siemens Gamma N141 DALI/KNX gateway, which enables communication with DALI devices over KNX. A Tridium JACE® 8000 controller and server platform ‘hosts’ the Hydra graphics and facilitates the scheduling of the emergency lighting tests and timeclock functions on the system.

Full control is provided at the new Siemens facility, where lights can be programmed to come on at target lux levels that are defined by the user. Having this system in place means Siemens can capitalise on daylight saving hours whereby lighting comes on at a lower level during the summer months due to the brighter days. In turn, significant savings can be achieved.

“It is important to point out the maintenance capability of HYDRA,” explains Mr Downing. “For example, if a light doesn’t come on, it could be because the lamp needs replacing – HYDRA will tell you what’s wrong. If it’s a ballast failure, then the need to replace and recommission the ballast will be indicated. Ultimately, the client’s engineering team and their representatives now have the capability to maintain the system themselves, quickly, and without calling someone out, thus achieving further savings.”

Emergency lighting was also an important part of the Siemens project. The system that Abtec has installed means that the testing of emergency lighting is performed by a scheduler within HYDRA. The scheduler ensures that maintenance is in-line with the BS5266-1 code of practice.

“Emergency lighting at the facility has a duration test annually and a function test on a monthly basis,” says Mr Downing. “This allows for savings to be made by Siemens as they don’t have to call out an engineer to undertake the tests. By adhering to this code of practice they are also future-proofing against any new legislation that might come into play moving forwards.”

The warehouse at the Lincoln site features a central battery system based on the use of normal luminaires. Here, the Abtec solution not only includes battery system testing, but full system integration. Final circuit monitoring also forms part of the system functionality. When a circuit failure is detected, not only is an alarm raised, but the illumination levels of the remaining lighting circuits are raised to 100%, thus compensating for the loss of illumination from the failed circuit.

Logic functions are used to switch on central battery-supplied lighting over DALI, which ensures 100% maximum load on the central battery system during test periods. Across the site, the system created by Abtec is able to provide the status of PIR presence detectors over BACnet so they can be utilised by the zonal HVAC control system without any requirement for additional sensors.

Crucially, the ability of Abtec to pre-program the HYDRA system offsite meant that disruption to the construction process could be minimised. Any late amendment requests were completed during final on-site commissioning.

Abtec’s involvement in the new-build project lasted six months. The facility went fully operational in the spring of 2018.